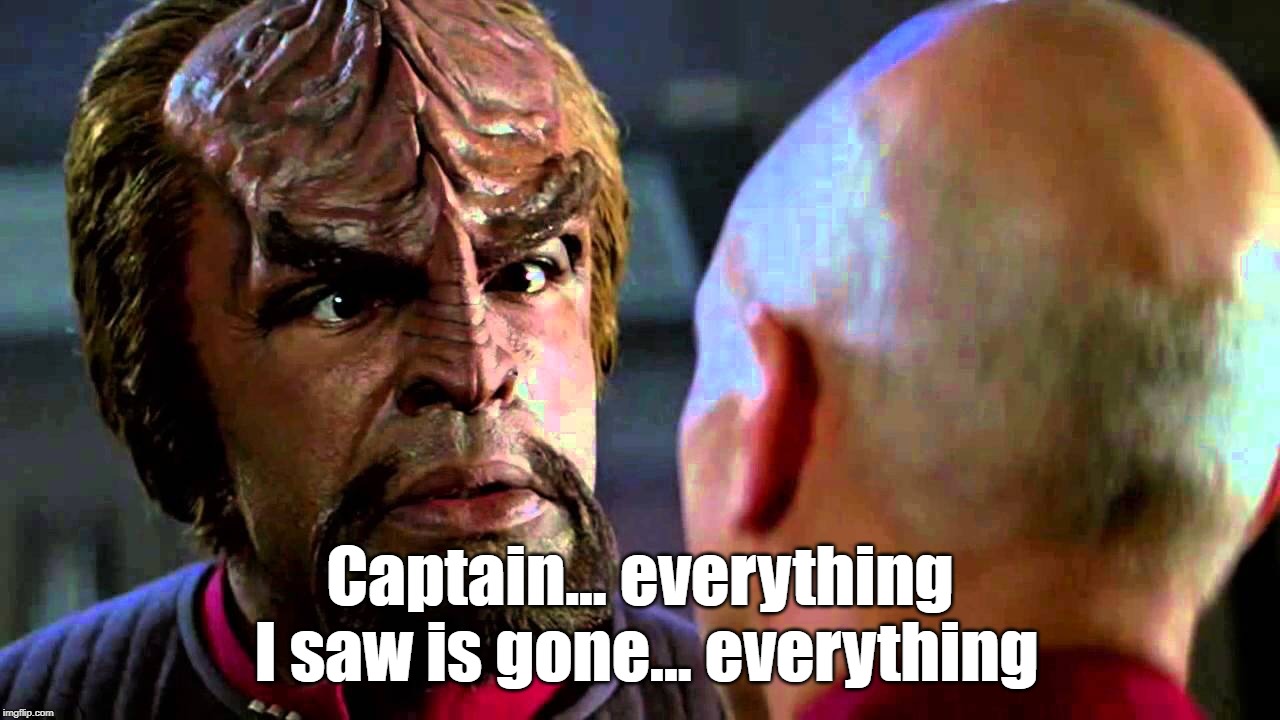 Go to this post for better examples. Right now they are all Olive Garden themed… but may do a later post with a straightforward attempt to create realistic episodes.

That was one the first scenes I generated that impressed me, though it cheats a bit with by being mysterious enough that it’s hard to rate how coherent it is. But you could almost see as one of the more moody and experimental character-focused episodes in Season 7 TNG. Earlier networks could copy the formatting of a TV script but they totally fell apart when you tried to actually understand the content. Even which characters were present in a scene did not stay consistent from line to line. GPT-2 handles this amazingly keeping track of not just characters but subject of conversation in a scene.

Here are some more samples chosen mostly for the humor:

This is from a later batch where I stripped out some of the very repetitive content in the scripts before training — mostly headers and footers that repeat the exact same information every page. Another sample that was weirdly hands and arms themed:

I experimented with mixing other TV show scripts, the complete set of Frasier in this case. GPT-2 learns very quickly never to mix characters and language from the shows — too well, I wish it would mix them! But I swear the samples trained with some Frasier feel more like a sitcom:

Here’s another one that feels more like a sitcom, in particular, the repeated dialog lines are something I see a lot in the post-Frasier samples.

This sample is as long as you can get right now the limit on the output is about 1000 words in the tiny version of GPT-2 that OpenAI let’s us play with. It would still be possible to create an entire script by taking the output from one sample and using it a ‘prompt’ to generate the next sample, over and over until you have a complete script. Since the scripts do clear structure like page and act numbers it should eventually get to ACT 5 or stick an ending on there. Maybe a project for the future.

Link to some complete Star Trek scripts (where I keep generating until it literally says THE END on a line).