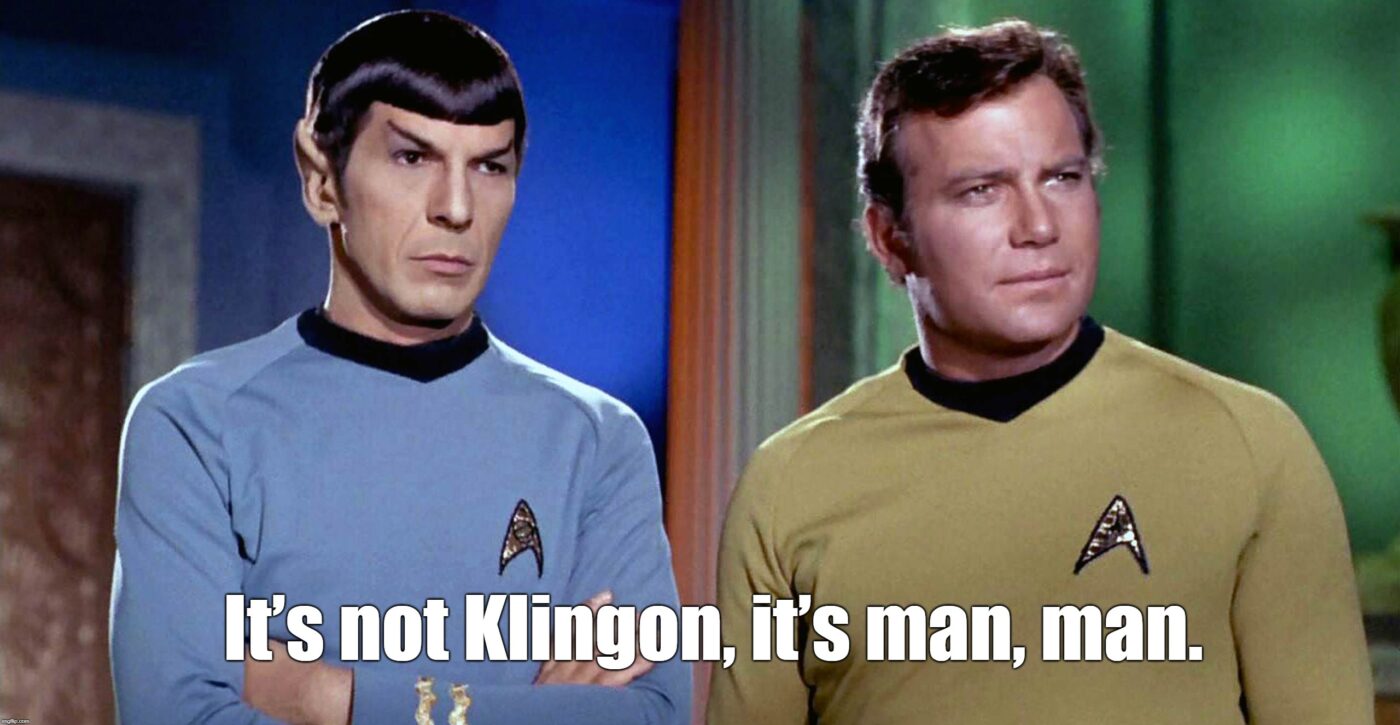 Pretty straightforward other than weird turn on the end. Here’s a bunch of them:

Vague but sort of plausible Starfleet Academy intrigue? Repeated phrases like “a sandwich and a sandwich” seem to be quirk of GPT-2 even in the full unreleased model as you can also see it in their official samples.

A Doctor Who crossover episode?

Kirk and Spock show up all the time no matter who else is in the scene. I guess they still have a huge presence in Star Trek content on the internet.

One of the longest and most plausible summaries, could be a Voyager episode.

This one is a real mind-bender.

The entire next page was just numerous variations on them asking each other if they want to die and/or kill everyone.

It’s not just Star Trek that GPT-2 already knows. The unmodified GPT-2 is good with anything and especially impressive very popular topics like Harry Potter. I bet it’s seen a lot of Harry Potter fanfiction. Here’s a random sample I generated while writing this up — not the best of numerous samples like the Star Trek prompts required, just the best of three.

I like how it has kind of noir mood, maybe from ‘brooding’ in the prompt. Output like this is very easy to see for yourself because of a tool created by Google called Colab. Try it yourself!

UPDATE: Now it’s super easy to try yourself at talktotransformer.com

The old manual way, if talktotransformer is down, will still work: